Today was a good day. We left my friend’s place after many hugs and were on our way to Chelsea, MI. I silly-enough forgot to make a reservation at stop #1, so we got breakfast & tom made the phone call. We went to a place we found intriguing. We had breakfast at Uptown Coney Island. Breakfast at a Coney place? Color us intrigued. Their food was awesome! Owen got kid’s pancakes and they came shaped like Mickey Mouse. He was so happy! Hunter got French Toast, CT got a waffle, Tom got fresh corned beef hash, and I got their cinnamon french toast made with a special cinnamon swirl bread. All was yummy! And a great price for the quality too! We ate and had to get down the street to our 10:00 reservation for our factory tour of… 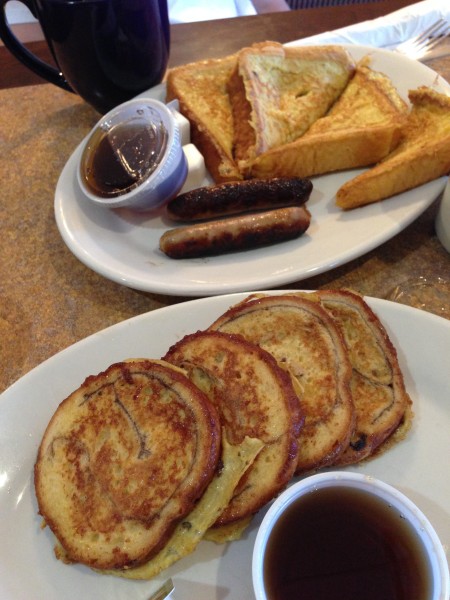 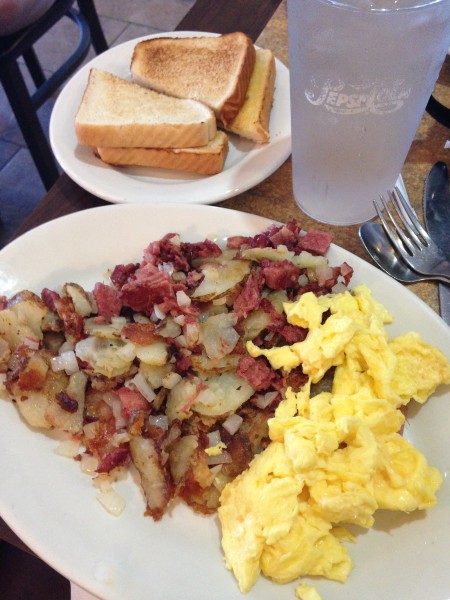 … the Chelsea Milling Company which is also known as the Jiffy Factory! That’s right! Those little boxes of muffin mix! What a great tour! It’s free, like most tours are. You watch a nice, funny video while snacking on some fresh baked Jiffy goodies and bottled water. Then hairnets on because you walk through the actual factory. No pictures allowed on the floor, like most places, but it is a nice tour! At the end, everyone gets a goodie bag. The kids get a box of mix, stickers, coloring book, and more. The adults get 2 boxes of mix, a recipe book and a few other goodies. Totally worth it! 2 kids bought shirts. Owen is super proud of his “If you don’t know Jiffy, you don’t know muffin” shirt. We also bought a case of Jiffy. that’s all their different kids (some 2 of a variety). 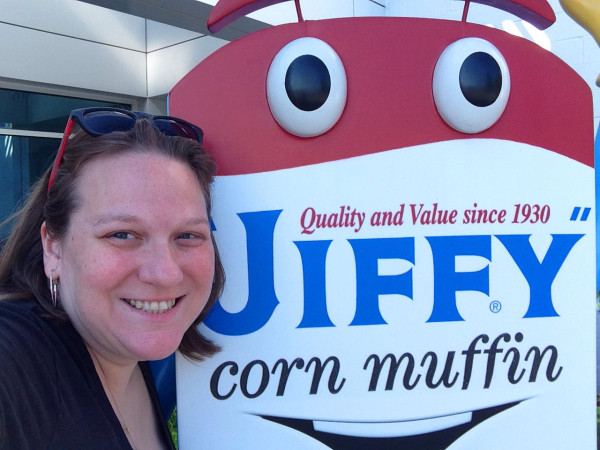 Then we were off to Hickory Corners, MI for  what ended up being Cole’s favorite place. The Gilmore Car Museum. It was funny, we paid to get in (WELL worth it) and the 1st room had about 15 cars in it. Cole was in there about 20 minutes befor3e I had to drag him out explaining if he took that long in the whole place, we’d never finish that day. He was puzzled and walked into the next room and his eyes grew big. Then each time he’d walk further, he’d realize it kept going. Room after room, after room. When we finished the building, I brought them outside. Head… explosion! Building after building of cars! A building all for Lincolns, one for Hudsons, one for Cadillacs, one all about motorcycles, one for peddle cars, one with only hood ornaments… it just kept going. the landscaping was incredible as the green grass just lightly rolled on in all directions what seemed like forever. They have so  much there and done in the most beautiful way. they also host many car events and I would love to go to a show up there one time.. just because. This is where CT took over my camera and the pictures he took are stunning. he has an eye for detail and I will put a link to his pictures up shortly. We spent a lot of time here but justifiably so. Actually, OC took my phone & Hunt took tom’s to take pictures. It was a great experience and fun! They do have a 50s diner on premise but x5 things get pricey so we didn’t go in. 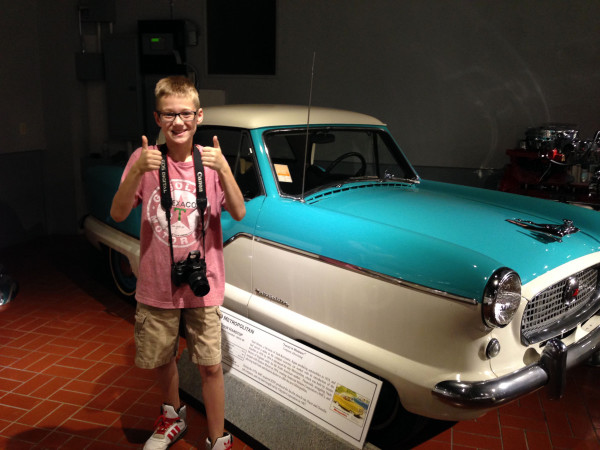 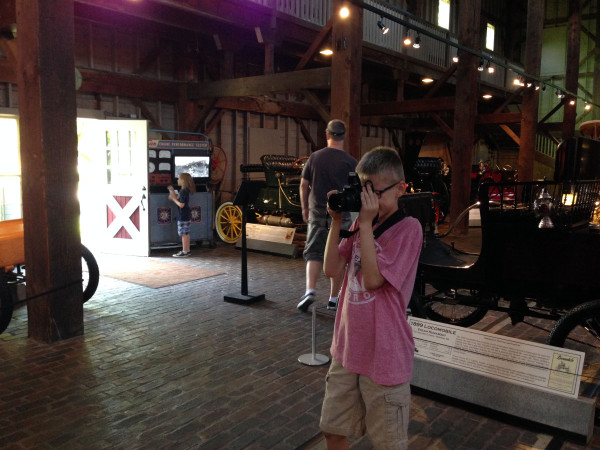 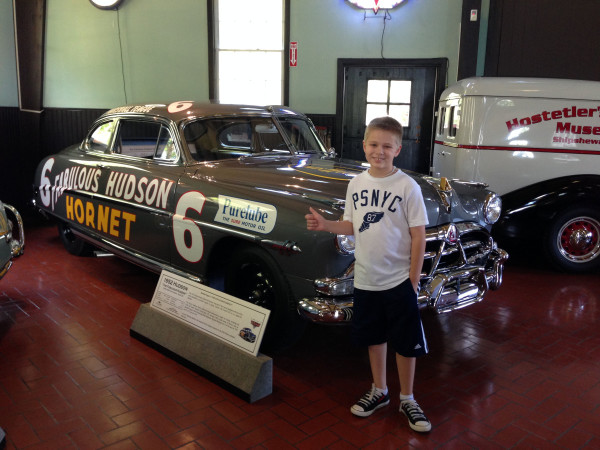 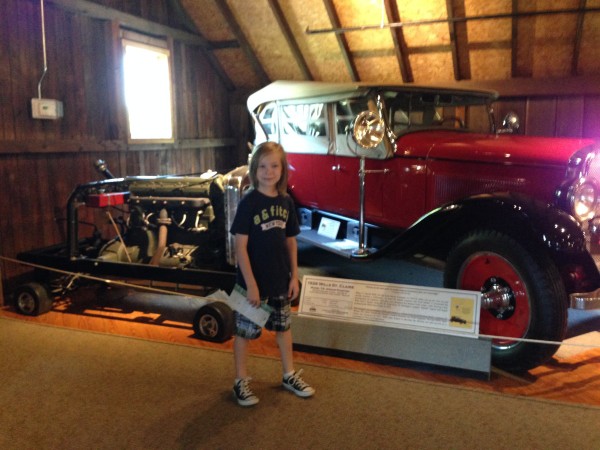 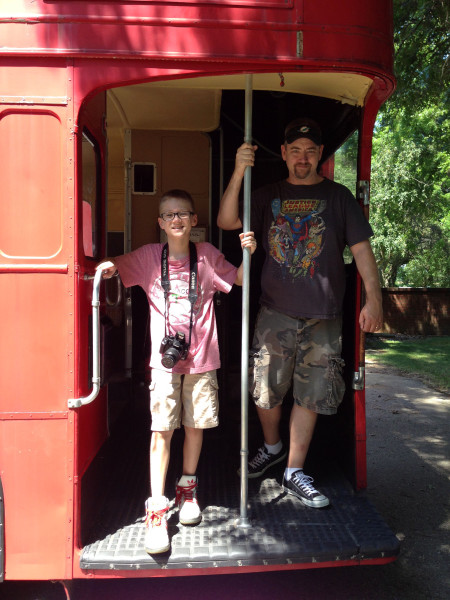 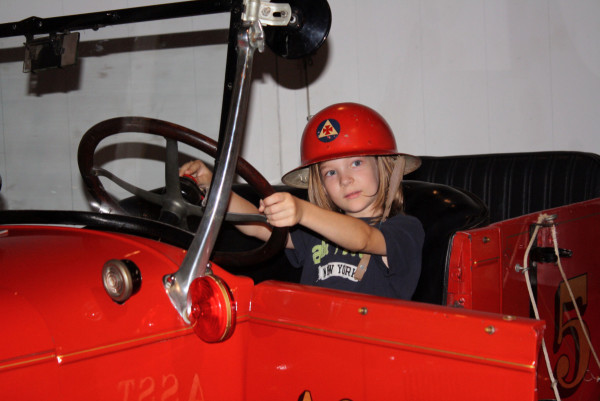 By this time, we were pretty darn hungry but we try to get exciting food. We found our way to Culver’s in Michigan City. Of course, we got butter burgers because well, duh! The kid’s meals were a great value: lots of food, good sizes, and free dessert! Cole wanted a salad so I got a kids meal and I was filled up (he got the dessert though). Glad we stopped in and experienced Culver’s! 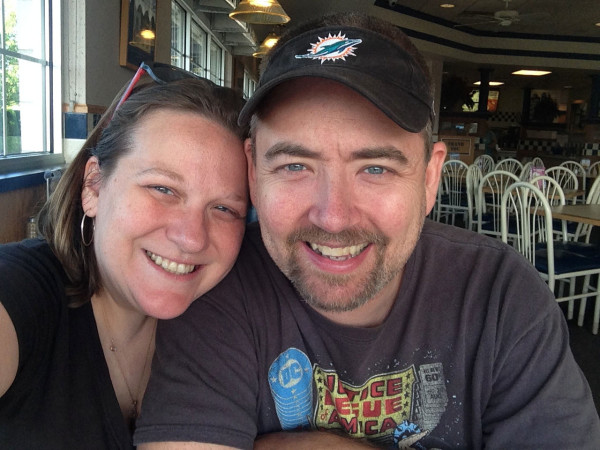 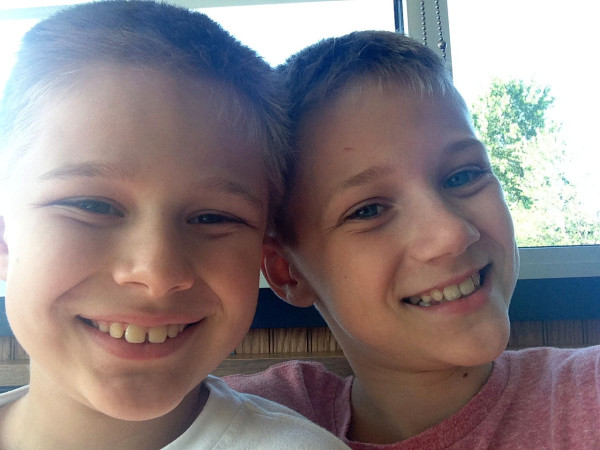 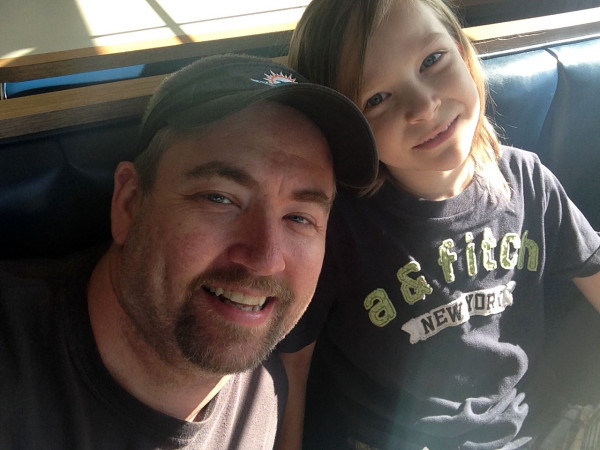 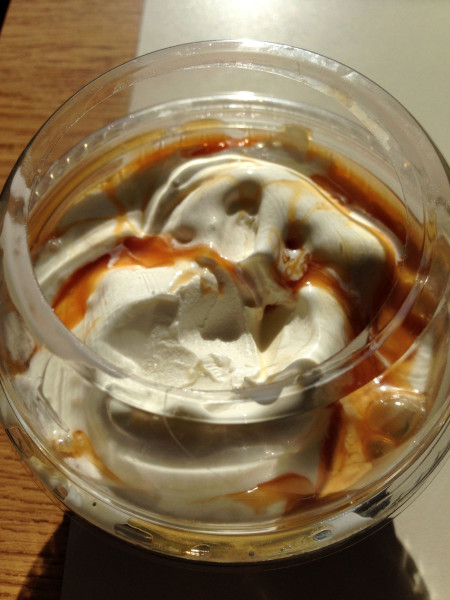 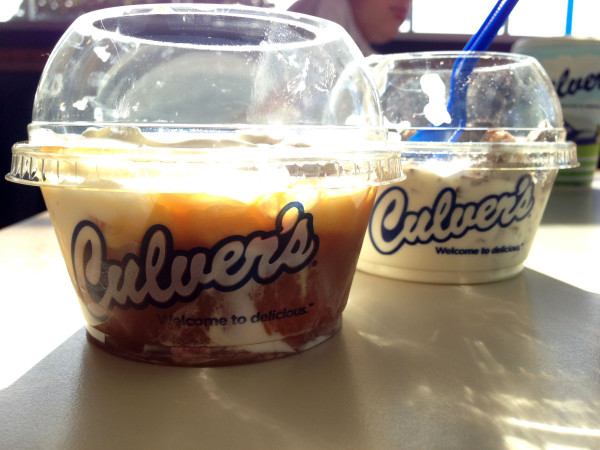 Then we made it to Albanese Candy Factory in Merrillville, IN. You can watch the factory through the viewing windows and we got to see them  making gummies and it was pretty darn cool. Plus, they have been on one of our favorite shows  FYI’s “Food Factory” making their gummi froggy. They have also been on Food Network’s “Unwrapped” making their gummi bears. They have so much candy here! Coolest things were the gummi army men – tons of dye in them but they were cool and the kids played with them. 🙂 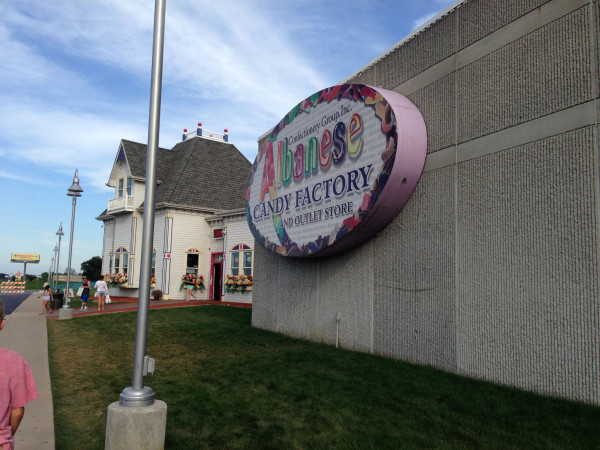 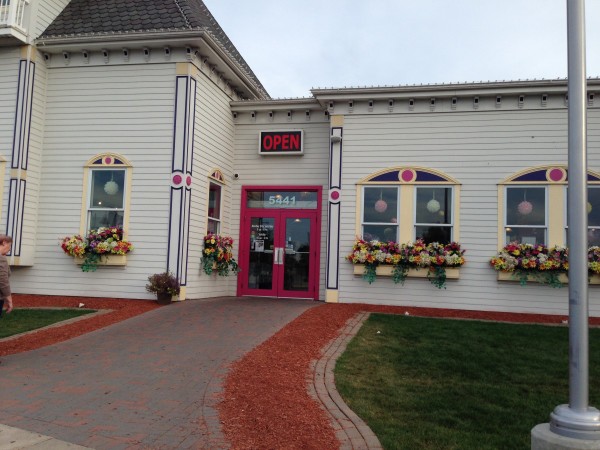 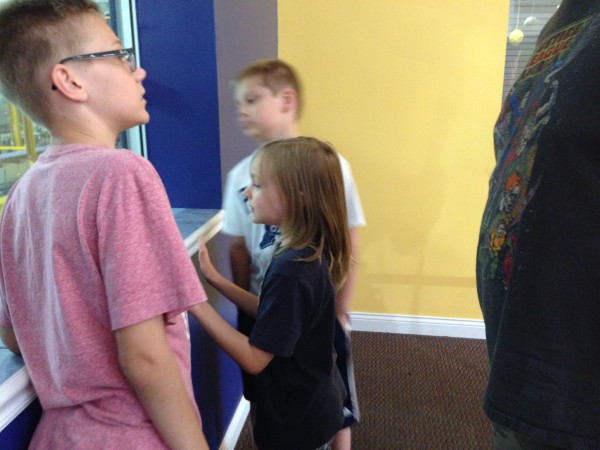 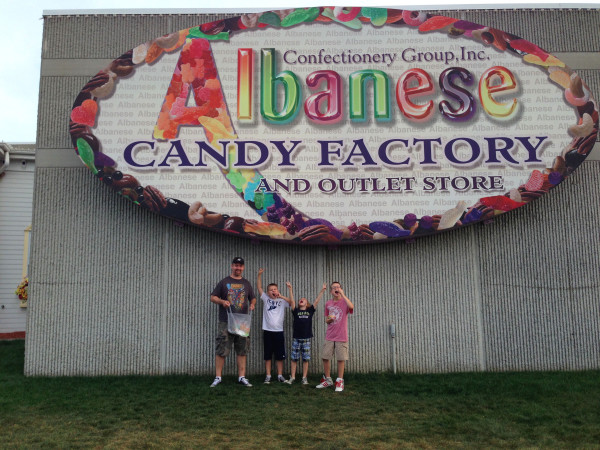 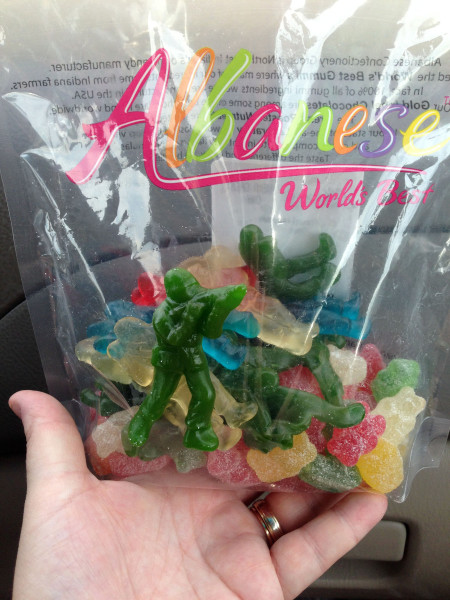 We settled our heads on the pillows of the Lexington Inn & Suites – Joliet/Plainfield/I-55 North for the night thanks to a great deal via Priceline.